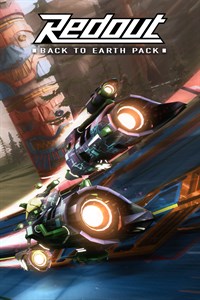 Redout - Back to Earth Pack

Redout - Back to Earth Pack adds the two latest racing complexes to your Redout experience: Sequoia - home to the oldest trees that survived on Earth. It’s located where the state of Alberta, Canada used to be. A large colony of humans established here and have been living in complete isolation for more than 400 years. The majority of these survivors were of Navajo heritage and the second majority in the colony was made by an entire brigade of scottish soldiers. Rotorua - a deserted region of New Zealand, Earth. It’s sadly famous for the wreckage of Expedition Titan III, a colossal shipwreck that saw a Class IV Colonizer ship crashing on the planet surface after failing a gravitational kick. The region shows an abundance of geothermal activity, plus a very curious group of floating rocks, and a remarkably lower gravity force than the rest of the Earth. Back to Earth Pack: - The new Sequoia Environment, with 5 tracks and a new Boss track. - The new Rotorua Environment, with 5 tracks and a new Boss track. - 25 brand new career events. - WALKER, VOID, GRID and RANGER liveries for all your ships! - 5 new exclusive colors! Multiplayer In a multiplayer lobby, only the host will require to own the DLC to let anyone race on the new tracks!